Surgical treatment for endometriosis is used in various situations.  It is used for both diagnosis as well as for treatment.

Surgical options for endometriosis are usually carried out in one of the following situations:

Surgery for endometriosis can be classed as either conservative or radical

The aim of conservative surgery is to return the appearance and function of the pelvic organs to as normal as possible. This means destroying any endometriotic deposits, removing ovarian cysts, dividing adhesions and removing as little healthy tissue as possible.

Radical surgery means performing a hysterectomy with removal of both ovaries and is reserved for women with very severe symptoms, who have not responded to medical treatment or conservative operations. 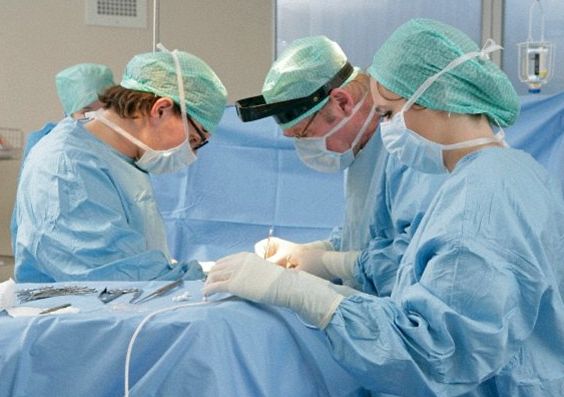 Treatment at the time of diagnosis

This approach is becoming standard practice in the management of endometriosis. It is usually carried out where the level of the disease is classed as mild to moderate. Removal of diseased tissue will take place during the first surgical procedure, rather than just doing a diagnosis.

Laparoscopy surgery is the surgical procedure used for diagnosis as well as for treatment of mild to moderate cases. This is known as conservative surgery, where attempts are made to restore the pelvic anatomy to as close to normal as possible.

A laparoscopy enables a physician to look directly inside the abdomen and observe the anatomy and health of the pelvic cavity.

To perform a laparoscopy a small incision is made, usually about ¼ inch, right underneath the naval. A very small telescope-like instrument is then inserted. This instrument is attached to a light source which illuminates the pelvic  cavity. The physician can then look directly inside the cavity. During this procedure any Endometrial growths can be removed.

For a full explanation of the laparoscopy procedure read HERE

The endometriosis spots are destroyed by diathermy, where an electric current is passed down a fine probe burning the lesion. Some surgeons use laser to evaporate the endometriosis.

Fine adhesion's can be cut using small scissors. Bleeding is usually minimal and having avoided an open operation means that the risk of subsequent adhesion development is reduced. Laparoscopic management also has the advantage of needing a minimal hospital stay, it is usually possible to go home the same or following day.

Improvement in pain symptoms following this type of surgery can be expected in 70% of cases, more so if the location of adhesion's divided corresponds to the area of maximum pain.

Where endometriosis involves more than a few spots, and in particular where there is more severe scarring or an ovarian endometrioma, there is still the option of laparoscopic treatment. The aim of laparoscopy, as usual, is to restore things back to normal. For cysts on the ovary, this will mean shelling out and removing the cyst from the underlying normal ovary tissue.

Removal of endometriosis and division of scar tissue can be expected to improve the pain symptoms. The success of surgery in improving sub-fertility is related to the severity of the disease in the first place.

Due to severe endometriosis, many women are driven to the  measure of having a hysterectomy in the hope that it will rid them of Endometriosis. Unfortunately this action does not always solve the problem. Please read the Hysterectomy page HERE and see the testimonials from other sufferers.

This form of treatment involves combining surgery and drug therapy. An example is when Danazol is taken for 6 weeks prior to an operation to shrink the endometrial growths, with the aim to make surgical removal much easier.

Following surgical removal of endometrial tissue, birth control pills may be prescribed that contain both oestrogen and progesterone, to be taken continuously for up to nine months. This will induce a pseudo-pregnancy, with the aim to allow the body time to rest and heal.

Recurrence of endometriosis after surgery

Recurrence rate for endometriosis has been estimated to be 10% per year. One study found it to recur in 40% of women within 5 years after conservative surgery. There is a 6 times higher risk of recurrence after hysterectomy if the ovaries are not removed. Even in women who have their ovaries removed, there is still a risk of further recurrence of Endometriosis.

With this treatment, the endometriosis is completely removed. Specimens are usually examined to confirm the diagnosis and the location of the sites involved. Excision surgery can be accomplished with harmonic scalpel, laser, or electrical energy.

With this approach, the disease is destroyed or burned with electrical energy using various surgical implements.

Using with this method, the disease is destroyed with laser. Any cells of endometriosis that can be detected are vaporised.

When should you have surgery for endometriosis? Some of the reasons are outlined HERE