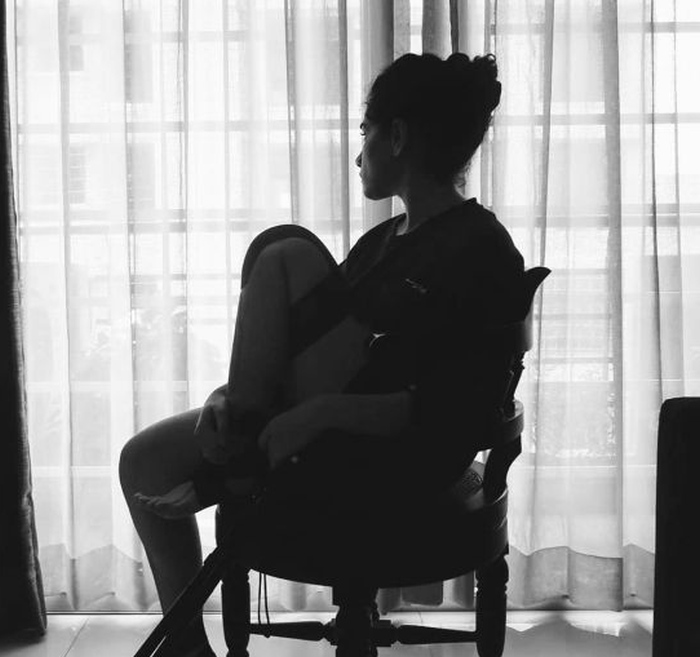 I was 18 when I was diagnosed with endometriosis. As soon as I'd started my periods, I knew something was wrong. I was constantly in pain and by the age of 15 I was bleeding constantly and very heavily. It affected my confidence as I was scared to go out in case I had an accident and 'leaked'. I had to wear a tampon & a sanitary towel at the same time as I would bleed so heavily.

After so long of suffering with constant agony and a forever lasting period, I went to the doctors. I kept getting told that I was over-reacting, and that it was probably just something called 'middle bleeding'.

I tried all kinds of contraceptive methods to see if anything would make a difference, I tried the pill first, this did nothing but make things worse, my pain was still very severe. I was still constantly bleeding, & I even started getting acne.

I tried the implant after that, this was by far the worst, the doctor that put it in for me didn't put it in right (I hate needles as it is!) so another doctor had to take over and eventually it was inserted correctly.

I was told to wait at least a month to see any changes, I did so, and after a month I was still in agony, still bleeding & my skin had flared up again. I was then recommended to try the injection. I had a couple of these but it didn't do anything for me either, I had near enough given up.

My pain began getting worse & I noticed that the left side of my stomach was very tender and I kept getting stabbing pains and eventually my stomach began to swell up on the left-hand side.

It got so bad that I would become sick, & sometimes get close to passing out.

I went to the doctors, where I had a scan and they told me I had a 'small' cyst on my left ovary. They sent the scan pictures off to a gynaecologist clinic. I heard nothing for a while and then I was contacted by a local gynae surgeon. I went to an appointment with her and she suggested I try the mirena coil.

We agreed that because I was only 17 at the time, it would be best if the coil was put in while I was under anaesthetic. At this time my Mom was still worried that we hadn't yet heard anything else about the cyst that had been found on my ovary and she asked if it would be possible to have a laparoscopy to check for any more cysts and remove the one that had been spotted on the scan. The consultant agreed and a date was set for my surgery.

After waking up from the surgery the surgeon told me that they had drained the cyst on my ovary, and that it had actually grown to the size of a large orange and was twisting around my ovary causing my stomach to swell and the sharp stabbing pains I'd been experiencing.

I was then told that I had stage two endometriosis. She said it was a good job my Mom had asked for me to have the laparoscopy, but that the coil should help prevent any future cysts.

I waited a few months after my surgery & then returned for a check-up with the gynae surgeon, she gave me a scan and concluded that no more cysts could be found, but to pop back in if the symptoms returned at all. It's been a year now since I had the coil fitted and I must say it's the best thing I've ever done.

I haven't bled at all since then & my pain is now pretty much non- existent. I do get worried about what will happen when I want children, but until then I'm a lot happier & grateful that I've now got a proper diagnosis.

I would just like to stress to anyone who feels that they are not getting the support they want from their GP, just keep pressing them & you will get somewhere. It took me over a year, but I've finally got some answers... Good Luck!