After being diagnosed with endometriosis causing three ruptured cysts, Amy was put on continuous birth control treatment to manage her endometriosis. 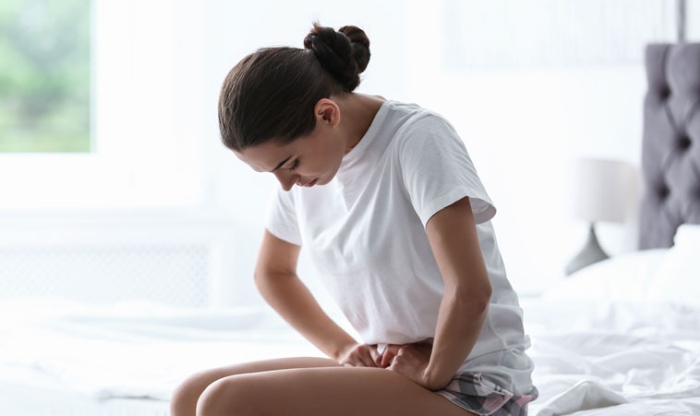 So I was diagnosed with endometriosis about 2 years ago (at age 20), but we've kind of figured that I had it for the last three or four years. I always had very heavy and painful periods, like everyone here. When I got to college, I had my first "episode", which the ER thought was appendicitis (like most of you have been through) and almost took my appendix out.

But my blood tests came back normal and the CT scan and ultrasound showed nothing. They found a little bit of free-floating fluid in my abdomen, and with my mom's history of ovarian cysts and endometriosis, they assumed it was a ruptured ovarian cyst.

It put me out for a while though, with a lot of pain from movement (which really hindered my swimming career). So, this happened four times in the next two years, but it was something I could keep ignoring. I would go to the hospital, get all of the tests done, be put on pain medication, and then go home and rest up for a few days before I'd hit the pool again. It's what you've got to do.

But when I had three "ruptured ovarian cysts" in 6 months and was too frustrated to go back to the ER again, I knew I had to do something or I'd spend all of my time recovering rather than living.

So I spoke to some of the doctors I know at the Stanford Hospital and they recommended a great minimally invasive surgeon, one of the leaders in endometriosis laparoscopy.

He could tell right away that I had endometriosis pretty bad, just from the pain I had during a routine exam. So he scheduled me for a laparoscopy to find out the extent, burn it, and remove the cysts on my ovaries (I had a few that were growing slowly).

The surgery found that I have severe (stage 4) endometriosis and so I'm continuing the birth control to make sure the adhesions and endometriosis don't grow back (I've been on continuous birth control since they diagnosed me), and keeping up with exams.

The surgeon is amazing and he wants me to continue coming to him for as long as I live in the area, for everything from annual exams to endometriosis problems.

He wants to make sure that I can have children someday and be there to help me out. I was very blessed to find someone so great, and have connections to some powerful people. So it's been about 8 months since my surgery and, although it was a tough recovery, I'm feeling pretty good now.

I have a lot of breakthrough bleeding and spotting all the time because I've been on continuous birth control for a while now, but it's not too bad. I'm thinking about trying the Nuva Ring continuously for b.c. for treatment (because I'm so bad at taking pills everyday).

I just want to tell everyone out there how important it is to find a doctor that you trust and who is willing to hear you out.

The best surgeons out there don't always have the best "bed-side manner", but technical excellence is by far the most important thing in surgery. But find someone who will listen, who has good nurses, and who will treat your body like it is incredibly important.

I had to get a medical retirement from swimming because of a bad back and the endometriosis doesn't really allow for 10 practices a week, but I'm pretty much pain free now and that's just so important. It took me a while to get here, and I went through quite a few doctors before I found the right one, but it was all worth it.

I'm sure I'll have some more trouble in the future, and I know it won't be easy to get pregnant, but my surgeon says that if I can't get pregnant naturally, another laparoscopy has proven to increase the chance of pregnancy greatly.

Studies have shown that about 85% of women who failed with IVF at least one time got pregnant soon after having a laparoscopy. There's hope out there, and don't lose all faith. The worst thing you can do is give up on life. Get out of bed, exercise, breathe in and out, and try to remember the good things you have every day.