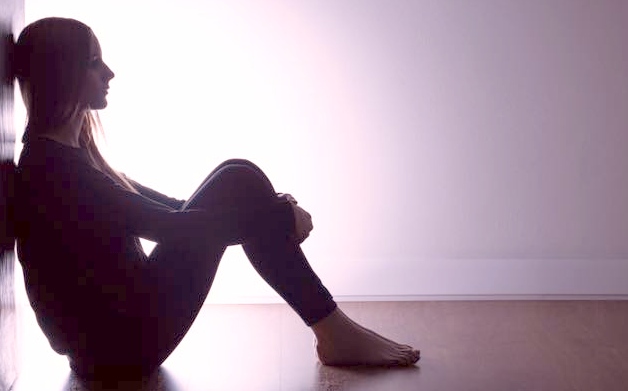 My story began at about age 12 when I first started my period. Heavy bleeding. Would go through many changes of clothes and pads. The cramps were extreme. They continued to get worse throughout the years. At age 18, I started trade school, got my period and passed out from the pain. Had to be wheeled out in a wheelchair.

Even my pulse got very weak and I was as pale as a ghost. After passing out in school, I was taken to the gynaecologist that week. She put me on birth control pills. I continued to take my birth control pills faithfully everyday at the same time over the years.

I also didn't want any pregnancy til I was married. I continued to suffer with the cramps despite the birth control pills. But I would take Aleve and within 20 min they would be gone. I almost never missed a day of work. I started to suffer from severe stomach pain every couple of months.

Some episodes were so severe that it would send me to ER.

I would end up screaming in pain and they would just put me on viocodin or lortabs. They kept running tests but couldn't pinpoint what it was. IBS, Crohnes or Colitis was suggested. Then when I was screaming during a pelvic exam the dr suggested endometriosis.

He recommended a laparoscopy. I didn't have medical insurance at the time and couldn't afford a laparoscopy. So I dismissed the possibility of endometriosis. I continued to live my life yet I continued to suffer with the stomach pain. It wasn't all the time. I sometimes would go a month or two pain free. My life was completely turned upside down last summer of 2019.

I had just turned 34 years old in late June. I started having more episodes of stomach pain. I knew something was very wrong when I was running to the restroom every 30 min to pass blood. Blood and mucus. My stomach was so bloated, that I looked like I was pregnant. I was worried because my grandma had died of colon cancer.

I went to a gastro-enterologist and he ordered a colonoscopy. Labor Day weekend came and I went to Pensacola, Florida with my now fiancée. I was still in agony the whole trip and couldn't eat much. Was still running to the bathroom constantly to pass loads of blood. Came back home from the trip, and started the dreaded clean-out process for my colonoscopy.

During the clean-out, I got extremely sick. After the 3rd glass of mirilax, started to projectile vomit. And I couldn't stop. Extreme cramping. Sat on the toilet crying and screaming in agony all night. My mom took me to my test at the hospital and things did not go well at all.

When I woke up from my test, I was still extremely sick. I was still vomiting and having extreme stomach aches. The dr said he found a blockage in my colon and was unable to get past it even with a paediatric scope. He wanted to admit me to the hospital.

Even though I was in extreme pain, I begged my mom to take me home. I was just sick from the test and I would be fine in a few hours. When I got home, I got worse. The stomach pain was the worst I believe humanly possible. I continued to throw up and was screaming in agony.

I couldn't even drink water and was lying in bed barely able to move.

My mom ended up rushing me to ER at 3 a.m. X-rays were done and the news was not good. About an hour or so later, Dr came into the room and said the words I will never forget. I am sorry but I wish I had better news.

It looks like it is cancer and it has spread to your lymph nodes. He started talking about chemo and radiation. I thought this was it I am only 34 years old and I am going to die. My parents started crying but I was too much in shock to even react. Of course, they immediately admitted me to the hospital.

Instead of operating on me right away, they treated me with antibiotics through my IV. And of course I was put on NPO. The pain was so extreme that even morphine wasn't helping. They still weren’t sure if I had cancer.

They thought it could also still be chrones or colitis. The Dr said if they couldn't clear the blockage with antibiotics, they would have to operate. And a colostomy bag was very likely. The Colostomy scared me more than anything. He said it would only be for 12 weeks then be reversed.

I steadily grew worse and on the 3rd day they operated. September 13, 2019 changed my life forever. Good news it wasn't cancer. It was stage 4 endometriosis. Worse case the dr had ever seen he told me. My colon was in very bad shape.

He had to take a foot out, even had to remove some of my rectum as well as my left ovary.

And yes I ended up with the dreaded colostomy bag. And instead of it only being for 12 weeks, he said it would be for at least 6 months! How could I live with a nasty colostomy bag for 6 months? I stayed in the hospital for 13 horrible days.

I had lots of complications. I caught an infection in the hospital and had a fever spike to 105. My heart rate spiked to 190 and was on an EKG for several days. I had severe nausea and couldn't hold anything down. An NG tube was placed. Totally horrible experience and two nurses had to hold me down.

I didn't think I would ever be able to go home but finally after 13 days I did. Home health had to come over and help me with my ostomy needs. It took a few days to learn how to change out the bag myself. I was extremely depressed and didn't think I would leave the house for 6 months.

But after 6 weeks I returned to my job in retail working full time. Working with the bag was hard and I had several leaks. Hated always having to bring supplies and clothes everywhere I went. I didn't stay a hermit for very long.

My fiancée proposed the day before Halloween. All while I had the colostomy bag I hated. I went on rollercoaster’s, ice skated, went to concerts, weddings and family events all while having my colostomy. And I went through monthly injections of Lupron Depot to hopefully put my endometriosis in remission. Which it did.

On March 16, I went to the get the colostomy reversed. However, that reversal partially failed. Too much scar tissue around the rectum. Surgeon had to hand stitch my colon back together. And I ended up with a temporary ileostomy.

I was very angry when I woke up with the bag still. I was very depressed. I was also very sick from the ileostomy. Had severe nausea and threw up for about 3 weeks after the surgery. Couldn't keep anything down and lost a lot of weight. Even had to go to the ER several times to get IV's.

Eventually I started to feel better, but couldn't get used to the ileostomy. It was worse than the colostomy and the output was constant. I would also have leaks all the time. Was sick of stripping my bed-sheets in the middle of the night and getting no sleep. My skin was on fire.

Finally in desperation I ended up getting an ostomy belt. Leaks were far in between after that. The ileostomy was supposed to be for 12 weeks. But I was so determined to get rid of the bag. I ended up healing in 9 weeks. On May 18, my ileostomy was reversed. Felt so great to be bag free and going to the bathroom the natural way again.

I was out of the hospital in 2 days. I was back to my normal life almost immediately despite running to the bathroom several times a day. Only 6 days out of surgery ended back in ER with severe vomiting. Had a kink in my intestine. Was in the hospital 4 days while they rested my intestine.

Life is now great and back to normal. I still am on the lupron Depot shot and currently in remission from stage 4 endometriosis. I still have my ileostomy scar and huge scar down my stomach to remind me.

My tube and remaining ovary looks good the Dr says. I am getting married on December 2nd and we will be trying for a family. My odds of getting pregnant naturally are low but I won't give up hope. Wanted to share my story to educate others on this horrible and sometimes silent disease.