Endometriosis pain and the wheat connection 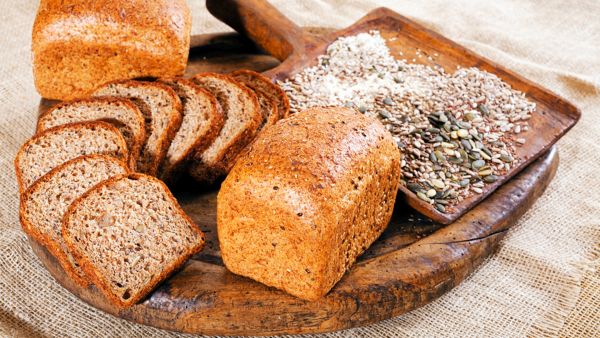 More women are beginning to discover that by cutting wheat out of their diet they are seeing a noticeable reduction in their symptoms of pain and bloating associated with endometriosis.

Wheat has been genetically modified since the 1970's and has had hormones added to its genetic sequence to strengthen the crop.  Unfortunately, these alterations to the crop attracted fungal growth on the crop.  To try and fix this problem, another hormone was added to the mix.

So one of the main-staple crops of the Western diet has been seriously altered and the addition of the hormones makes this crop far removed from the original crop.

There are other compound found in wheat that can cause serious problems when digested, especially for those with endometriosis.  These substances include phytic acid, phyto-estrogens and xeno-estrgens from pesticides.  All of which can upset your hormone balance and increase unwanted estrogens.

Wheat can be sprayed between 9 to 12 times as it grows which will cause a large accumulation of pesticides in the crop. This artificial combination of hormones and crop spraying has been blamed for the increasing link between endometriosis and wheat consumption.. But this subject does require more research.

The phytic acid found in wheat can leach key minerals (such as zinc) needed for a health immune system. Phytic acid can also block the absorption of key nutrients.  Another piece of the puzzle is that gluten contained in wheat seems to cause problems for many with endometriosis and many are finding they are gluten intolerant.

Wheat or wheat derivatives are found in many foods including:

The idea of changing your diet to help with health issues is gaining popularity. By eliminating wheat products, researchers found that nutritional changes could reduce endometriosis pain by 50 per cent and also greatly increase a sufferer's chance of pregnancy. These findings were presented to an annual conference of the American Society for Reproductive Medicine.

There is also evidence of the benefits of removing wheat products from your diet, based on first hand experiences of women with endometriosis. When they leave wheat out of their diet they are seeing a significant improvement in their symptoms of pain, inflammation and bloating.

In the UK the Medical Research Council conducted a medical audit to research findings of women who omitted wheat from their diet, and recorded how their symptoms changed.

The women were all able to reduce their pain levels from an average of 4 to 1.9. Also, over 50% of those who had been trying unsuccessfully to get pregnant for several years were able to conceive - some very compelling results!

Alternatives to wheat based foods include: