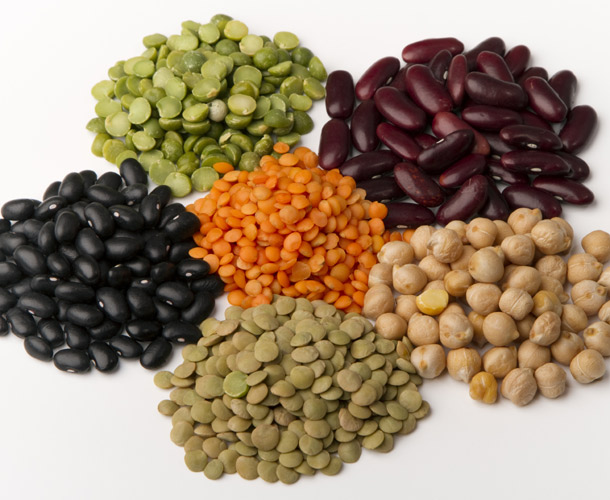 The question is often asked  by women who are confused about the subject of estrogenic foods in their diet. The concern is that eating foods that contain estrogenic compounds will make their endometriosis worse. On doing their research some are finding that even foods listed as a recommendation for the endometriosis diet contain estrogenic properties. Therefore it is understandable that it would cause confusion.

It is known that there are various foods that contain natural estrogens (called phytoestrogens) – but these are different estrogens from those found in the body. Phytoestrogens are much less potent than the bodies own estrogens and are also excreted from the body much easier. It is thought that they actually block the body's estrogen receptor sites, thereby reducing the effect of a woman's own hormones.

For this reason it is beneficial to have some phyto-estrogenic foods in your diet because the estrogenic compounds they contain will also block additional estrogens entering your system (those that can be found in the environment, toiletries etc., and help reduce estrogen dominance). BUT you do need to keep the consumption of these phyto-estrogens in balance and not over do it.

The soy supporters promote soybeans because they are high in two estrogen-like plant compounds, genistein and daidzein. Both of these phyto-estrogens prevent your body from taking up the more harmful forms of estrogen circulating in your blood.

But there are various reasons it is not advisable to include soy beans in the diet for endometriosis:

The active compounds in our foods are very complex. The key to the diet for endometriosis and phyto-estrogens is to keep things in balance. If you were to look closely at the list of estrogenic foods it would become clear that you are not going to consume these foods day in day out.

Your diet should be balanced and foods should be rotated. To give you some idea the foods that are most commonly listed as containing estrogenic compound (phyto-estrogens) are:

*Foods that should ideally be avoided on the endometriosis diet

As you can see, these are not the most common herbs for every day culinary uses.  You do not need to worry about the herbs you use in your cooking - many of them have healing benefits.

'Phyto-estrogens - are plant based compounds that act like estrogen in the body and are found in many foods we eat.

Many different plants produce compounds that may mimic or interact with estrogen hormones. At least 20 compounds have been identified in at least 300 plants from more than 16 different plant families. Referred to as phyto-estrogens, these compounds are weaker than natural estrogens and are found in herbs and seasonings (garlic, parsley), grains (soybeans, wheat, and rice), vegetables (beans, carrots, and potatoes), fruits (dates, pomegranates, cherries, apples) and drink (coffee).

Most of us are exposed to many of these natural compounds through food (fruits, vegetables, meat). The two most studied groups of phyto-estrogens are the lignans (compounds found in whole grains, fibres, flax seeds, and many fruit and vegetables) and the isoflavones (found in soybeans and other legumes). Because scientists have found phyto-estrogens in human urine and blood samples, we know that these compounds can be absorbed into our bodies.

Phyto-estrogens differ a great deal from synthetic environmental estrogens in that they are easily broken down, are not stored in tissue and spend very little time in the body.

There are differing opinions about phyto-estrogens’ role in health. When consumed as part of an ordinary diet, phyto-estrogens are probably safe and may even be beneficial. In fact, some studies on cancer incidences in different countries suggest that phyto-estrogens may help to protect against certain cancers (breast, uterus, and prostate) in humans.

On the other hand, eating very high levels of some phyto-estrogens may pose some health risks. Reproductive problems have been documented in laboratory animals; farm animals and wildlife that ate very high (up to 100% of their diet) amounts of phytoestrogen-rich plants.

Even though humans almost never eat an exclusive diet of phyto-estrogen-rich foods (even vegetarians), those who consume a diet that does contain a lot of soy are exposing themselves to health risks. There is a great deal of soy products added to every-day convenience foods. Some of these sources are quite surprising including cakes, cereals, biscuits, sauces. So we are eating a lot more soy than we think we are.

Phyto-estrogens behave like hormones, and like hormones, too much or too little can alter hormone-dependent tissue function. For this reason, women with Endometriosis need to adjust their diet so as not to include too many phyto-estrogen rich foods but a regulated amount is beneficial in helping to balance the system as a whole.'