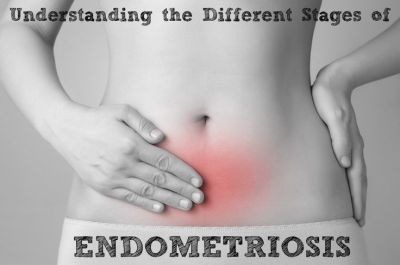 Endometriosis is categorised in four stages based on the severity, location, amount, depth and size of growths.

The development of endometriosis is now measured for clinical purposes as defined by the American Society for Reproductive Medicine. This is usually included in patient notes if you have been diagnosed with the disease.

The stages of endometriosis are:

Endometriosis in stage 1 is classified as minimal, meaning that there are isolated patches of endometriosis tissue growth outside the womb. Stages 1 and 2 are peritoneal. The peritoneum is a layer made up of cells, blood vessels and a lymphatic capillary network that covers the abdominal and pelvic wall and organ.

Endometriosis in stage 2 is considered mild. The doctor usually makes this diagnosis when there are several small patches and a few small areas of scar tissue or adhesions.

Stage 3 is classed as moderate. The patches are combination of superficial as well as deep implants. There are also several prominent areas of scar tissue or adhesions. It is at this stage that most women develop many of the classic symptoms of endometriosis. Stages 3 and 4 commonly involved chocolate cysts - cysts with old blood inside, hence the dark brown appearance (known as endometriomas)

This is the most severe stage of endometriosis. Women with stage 4 will have a combination of many superficial and deep implants, as well as developing adhesions. Intestinal endometriosis may also be involved. Intense pelvic pain and reduced fertility are common.

This stage usually has deep infiltrating endometriosis that can involved pelvic structures such as utero-sacral ligaments (the supporting ligaments connecting the sacrum and the cervix), cul-de-sac (the space just above the vagina between the recto-sigmoid colon and cervix), apex of the vagina, the tissue between the rectum and vagina, pelvic side walls, ovaries, fallopian tubes and bladder.

When the infiltration of endometriosis becomes this deep, the patches are regulated by bloodstream influences, making it harder to control their growth.

The stages of the disease do not indicate the level of pain, possibility of infertility or the severity of symptoms experienced. 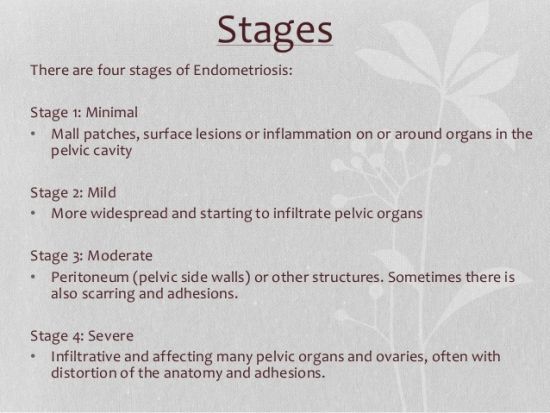 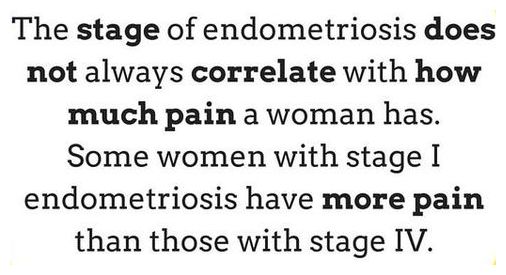