Castor oil packs have great health benefits and can really help with some of the symptoms of endometriosis. 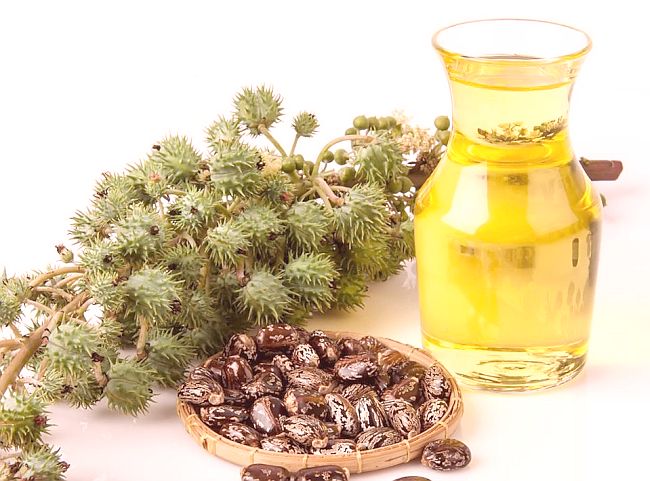 The background to castor oil packs.....

Castor oil has been used therapeutically for hundreds of years, both internally and externally. It has been used to treat everything from colitis and peptic ulcers to arthritis and female problems from back pain to fibroids, and PMS.

Preliminary research at the George Washington School of Medicine in the US has shown that castor oil packs are likely to improve the function of the immune system. They are an excellent treatment for endometriosis, not only to alleviate discomfort but to speed recovery.

The castor oil pack is a simple procedure, yet it can produce wonderful results. They were widely used by Edgar Cayce, the American psychic, to heal many different ailments including digestive problems, Hodgkin’s disease, Parkinson’s disease, pelvic cellulitis, and kidney problems. 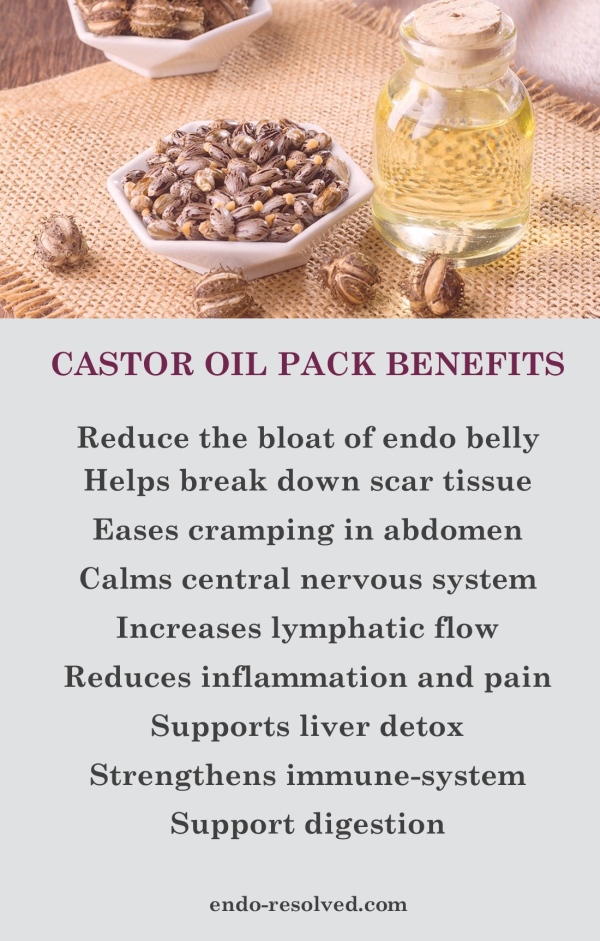 Edgar Cayce suggested that castor oil packs can strengthen the Payer’s Patches, which are tiny patches of lymphatic tissue in the mucosal surface of the small intestine.

According to Cayce, the Payer’s Patches produce substances which react with the nervous system when it reaches those areas via the blood-stream. Although the Payer’s Patches were discovered in 1677, it is only recently that medical science has begun to recognise them as constituents of the body’s immune system.

He reports that total lymphocyte count and T-pan lymphocyte count (T-11 cells) - immune system components to you and me - increased significantly in the group of patients using castor oil packs. He hypothesises that the packs also enhance lymphatic drainage, removing waste products from tissue - an aid to a detox program.

Cayce also indicated that castor oil packs over the abdomen and liver enhance liver function, stimulate the gallbladder, increase elimination, and promotes relaxation. ‘The Oil That Heals’ contains case studies of patients with a range of illnesses, including those involving the female generative system, the lower bowel, upper digestive tract, liver, gall bladder, headaches and tension syndromes, and local infections.

To do a castor oil pack treatment you require:

Tip:  I have found it easy to reuse the castor oil cloth many times - just pop it in a 'zippy' fastening poly-bag when you have finished, and its ready to use again another time.  The heat from your body combined with the heat from a hot water bottle will warm the cloth up enough.  If the cloth does not seem oily enough you can easily just rub some oil straight onto your skin before applying the cloth.

Always buy the best quality castor oil for this treatment. Try to aim to do 2 to 3 sessions of treatment on consecutive nights and then rest for a few nights. You can keep up this regime for about 3 months and then taper off to about one session a week.

It is advised not to do a castor oil pack when you are menstruating, or if you are pregnant.

As the immune system is seriously depleted in most women with endometriosis then using castor oil packs is another tool in your arsenal to aid support your health without breaking the bank. And do not forget that the benefits also include the reduction of inflammation and reduction in pain. All vital benefits for women and girls with this disease.