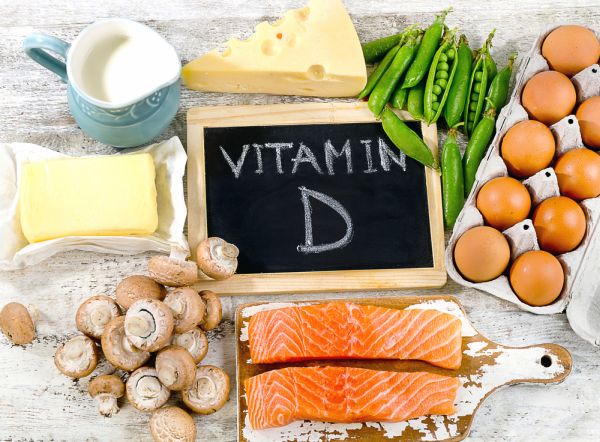 Recent studies have shown that women with endometriosis tend to have lower Vitamin D levels. Long term Vitamin D deficiencies have been linked to a weakened immune system and to chronic inflammation.

Vitamin D deficiency is related to chronic pain because it plays a vital role with your nervous system.

Low levels of vitamin D were connected to the severity of endometriosis and also to those who had the largest ovarian endometrioma, or ovarian cysts. There was also a relationship found between vitamin D levels and cyst sizes. Women with the lowest levels had the largest cysts.

In one particular endometriosis study, rats treated with vitamin D showed reduced cyst size and reduced fibrosis production, but how well these benefits translate to people is yet to be seen.

While further research is needed, it appears that Vitamin D deficiency could play a key role with endometriosis and could be connected to disease severity.

The best source of Vitamin D is direct sunlight on the skin with 10,000 to 20,000 IU of Vitamin D being produced in 30 minutes with whole-body exposure to sunlight.

In the winter months with very low levels of sunlight, you are not going to be able to get any serious levels of Vitamin D, so it’s important, especially during this time to supplement.

You can easily get your vitamin D levels checked with a simple blood test which your doctor can do or you can order a test yourself from on-line labs.

There is a connection between vitamin D and important hormones, such as dopamine and serotonin, which can regulate your mood. This evidence is in part derived from an animal-based trial wherein it was found that vitamin D supplementation was capable of boosting dopamine levels in vitamin D deficient rats.

There is also evidence to suggest that vitamin D could be capable of influencing several different hormones in the body, from your thyroid hormones to sex hormones like estrogen and progesterone. 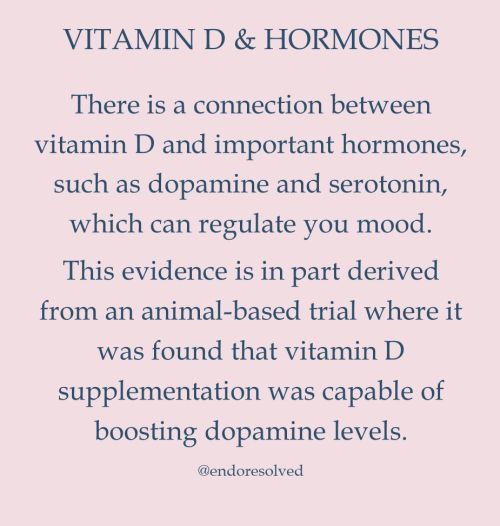 Vitamin D is oil soluble, which means you need to eat fat to absorb it. Foods high in vitamin D include:

It is also found in fortified foods like cereals, orange juice and certain milk products.

Vitamin D is also available as a dietary supplement, either alone or combined with other nutrients. Calcium supplements, for example, typically include vitamin D.

Whether vitamin D levels relates to the severity of endometriosis or not, having optimal levels of this vital vitamin will be of benefit to your health.  As mentioned above, having low vitamin D can cause pain, make inflammation worse and have a detrimental effect on your immune system.