Alternative Ingredients for the endometriosis diet

A compilation of "endo-friendly" alternatives for some of the basic ingredients....

Milk, wheat and sugar – these three foods or ingredients are common in the everyday diet and probably seem the most difficult to adapt for the endometriosis diet.  Sugar and dairy needs to be omitted from the diet as these foods cause inflammation and can make the symptoms of endometriosis worse.

It is advised to replace wheat as there are compounds in modern wheat called phytic acid, and this compound seems to be a problem for those with endometriosis. Additionally, changing from wheat to a gluten free grain has helped many by  reducing  their symptoms of pain and inflammation.

Fortunately, there are plenty of alternatives available, and many of these optional ingredients are becoming easier to find, not only in health food stores, but in the big super-markets as well.

Below is a list of options or alternatives for each of these foods.

Milk is a very common ingredient in recipes, but in fact almost any liquid can be used as a substitute.  Water, nut and seed milks, fruit juice, or rice milk can be used depending on the recipe.  Water can often be used instead of milk.  If you want richness, nut milks or rice milk is better.

Fruit juice adds sweetness, and rice milk has its own sweetness. Nut and seed milks are very good on cereal, made into healthy milk shakes, or used for cooking in recipes.  All have no cholesterol, are low in saturated fat and some are even low in total fat.

You can also  purchase substitute milk from soy, but soy is excluded on the endometriosis diet (and should be excluded in any diet – read HERE) as it is a GM crop, and it is a phyto-estrogen plant renowned for the really high levels of plant based oestrogen it contains.

By buying in bulk at a warehouse, the cost of making almond milk can be cheaper than cow’s milk.  Almonds are probably the most nutritious nut.  They are higher in calcium than most nuts, and also rich in other nutrients.

Rice and almond milk is available at natural food stores.  Both of these milks taste quite good. They tend to be on the  sweet side, but are fine to be used as a substitute in cooking, for drinking, or on cereals.

Fruit juices can be used in your baking to replace milk, especially when extra sweetness is desired.  Frozen fruit juice concentrates can be used to replace sugar in recipes if you compensate for the extra liquid.

Alternatives to milk for everyday use

The three easiest alternatives to cow’s milk you will find in health stores are:

This video has two versions of how to make nut milk

On a diet for Endometriosis, one of the ingredients to cut down to a minimum is sugar.    Also the regime for a diet to combat Candida is to eliminate sugar intake totally.

There is far too much sugar in the average Western diet and it can be found in surprising places in convenience foods.  Table sugar is usually made from beets, corn, or cane (a relative of wheat), or a blend of all three.

Following a healthy diet to eliminate sugar seems difficult if you want to include sweets/puddings, baking, and cakes in your diet, or you prefer sweetener in your drinks.

There are fortunately other alternatives that do not have the same inflammatory ill-health effects as sugar.  If you shop at natural food stores, you will find a wide variety of natural sweeteners.  Under no circumstances should you replace sugar with artificial sweeteners – they are exceedingly toxic.

When baking cookies, muffins, and cakes, try adding fruit juice, dates, bananas, or fruit puree to replace the sweetness required in your recipe.

Many grains can be used to replace wheat.  I have included most of the gluten free alternative flours you can use.  Listed below are other flours that you need to omit for the endometriosis diet if you wish to be gluten free or the grain is closely related to wheat.

However, some of the alternatives to wheat flour can be used in small amounts, especially if they are mixed with other flours.

Here is a basic list of flours and their properties:

Amaranth flour - Gluten free - Unrelated to wheat - Amaranth flour is made from the seed of the Amaranth plant, which is a leafy vegetable. Amaranth seeds are very high in protein, which makes it a nutritious flour for baking.

Barley flour - Small amount of gluten - Related to wheat so should be rotated - Barley only contains a small amount of gluten, so is rarely used to make bread, with the exception of unleavened bread. It has a slightly nutty flavour, and can be used to thicken or flavour soups or stews. Blended with other alternative flours it is also fairly versatile for cakes, biscuits, pastry, dumplings etc.

Brown rice flour - Gluten free - Related to wheat so should be rotated - Brown rice flour is heavier than its relative, white rice flour. It is milled from unpolished brown rice so it has a higher nutritional value than white, and as it contains the bran of the brown rice it has higher fibre content. This also means that it has a noticeable texture, a bit grainy.

Buckwheat flour - Gluten free - Unrelated to wheat - It does have a slight nutty taste, which will sometimes come out in recipes depending on the other ingredients, and the texture will also contribute to a heavier product than recipes made with white rice flour. It is not often used completely on its own because of its heavier nature. Bulk buying is not recommended as it is better used when fresh,  store in an airtight container.

Corn-flour - Gluten free - is milled from corn into a fine, white powder, and is used for thickening recipes and sauces. It has a bland taste, and therefore is used in conjunction with other ingredients that will impart flavour to the recipe. It also works very well when mixed with other flours, for example when making fine batters for tempura. Some types of corn-flour are milled from wheat but are labelled wheaten corn-flour. Alternative name: corn-starch.

Chickpea flour - Gluten free - Unrelated to wheat - This is ground from chick peas and has a strong slightly nutty taste. It is not generally used on its own. Nutritious but expensive

Millet flour - Gluten free - Related to wheat so should be rotated - Comes from the grass family, and is used as a cereal in many African and Asian countries. It can be used to thicken soups and make flat breads and griddle cakes. Because it lacks any form of gluten it's not suited to many types of baking.

Oat flour - Small amount of gluten - Ground from oats. Care also needs to be taken to ensure that it is sourced from a non-wheat contaminating process.

Potato flour - Gluten free - This flour should not be confused with potato starch flour. Potato flour has a strong potato flavour and is a heavy flour so a little goes a long way. Bulk buying is not recommended unless you are using it on a very regular basis for a variety of recipes as it does not have a very long shelf life.

Quinoa flour - Gluten free - Unrelated to wheat - Quinoa is related to the plant family of spinach and beets. It has been used for over 5,000 years as a cereal, and the Incas called it the mother seed. Quinoa provides a good source of vegetable protein and it is the seeds of the quinoa plant that are ground to make flour.

Sorghum flour - Gluten free - Not related to wheat - Ground from sorghum grain, which is similar to millet. The flour is used to make porridge or flat unleavened breads. It is an important staple in Africa and India. This flour stores well under normal temperatures. However, due to the stress this plant can undergo during growing by high temperatures and drought it can contain toxic levels of cyanide and/or nitrates at later stages in growth, therefore it is not a sources of flour I would recommend.

Teff flour - Gluten free -  Distantly related to wheat so fine for the endometriosis diet - Teff comes from the grass family, and is a tiny cereal grain native to northern Africa. It is ground into flour and used to prepare injera, which is a spongy, slightly sour flat bread. It is now finding a niche in the health food market because it is very nutritious.

White rice flour - Gluten free - This flour is milled from polished white rice so it is very bland in taste, and not particularly nutritious. White rice flour is ideal for recipes that require a light texture, for example herb dumplings. It can be used on its own for a variety of recipes and has a reasonable shelf life, as long as it is stored in an airtight container to avoid it absorbing moisture from the air. 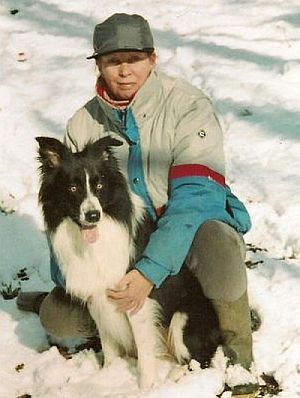 Hi, my name is Carolyn Levett, the Founder of endo-resolved - I am a qualified Nutritional Therapist, have also studied a Foundation Diploma in Naturopathy and Practical Aromatherapy as well as being a published author.  I used to suffer from severe endometriosis and was able to regained my health and heal from the disease with the support of diet, homeopathy and various life-style changes.

The advice here is to provide support and hope to others that they too can start to improve their health and reduce the impact this disease has on their life -  with healing thoughts, Carolyn.