Nearly every woman who has endometriosis will be worried about the health of her fertility and her ability to have children.  Motherhood is such a fundamental focus and role for most women.

How to assist your fertility 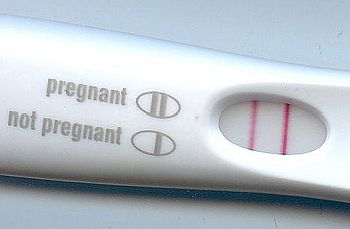 Your most Fertile Time

Some people are not aware that there is a relatively short time each month when a woman can get pregnant.  The key time for peak fertility is 48 hours after the egg is released.  But in total there is a period of approximately 7 days when you can conceive, because the sperm can survive for about five days inside the woman’s body awaiting for the egg.

So five days before the egg is released (which is usually Day 14 of a 28 day cycle) and two days after are your most fertile times.  Buying an ovulation prediction kit, which measures the hormones in your urine, may help you to know your peak fertile time.

A simple and inexpensive aid to infertility treatment is keeping a temperature chart, which measures your basal body temperature (BBT).  There is a change in the BBT which relate to the monthly cycle of ovulation.  This temperature is charted by taking your measuring your body temperature first thing in the morning before rising.  There are special BBT thermometers available for this purpose.

By plotting the changes in temperature a woman can identify her most fertile time of the month which can be especially useful for women who suffer from pain with intercourse, so that they can time intercourse appropriately and avoid painful sexual activity during less fertile times.

Blood tests:   These are usually done on Day 21 of your cycle.  The test is done to show the levels of the various reproductive hormones in your bloodstream.  Your partner may also take a semen test for analysis at the same time.

Post-coital tests:  If the blood and semen tests prove inconclusive, you may have a post-coital test whereby mucus from the cervix is sent for analysis after sex.  If live, active sperm are seen, then the tests are normal.

If there are problems with either of these, further tests may follow.

X-ray:  An HSG  (hysterosalpingogram, an x-ray of the uterus and fallopian tubes) is often used to determine the health of the reproductive organs, as part of infertility evaluation.  This test will show whether the tubes are open and may reveal abnormalities of the uterus.   A Laparoscopy may be advised to determine the extent of damage to the organs and surgical repair can take place where possible.

IVF stands for in-vitro fertilisation.  It is normally used in conjunction with a fertility drug like Clomid. Recent research, which is still in the investigative phase, may indicate that the fertility drug Clomid might cause extra implantation problems in the lining of the uterus of a woman who has endometriosis.

This drug is also used for fertility treatment.  It is used to treat ovulation failure, and works by stimulating the ovaries into producing several mature eggs at one time.  This is why it is so common for women to have multiple births when they have received fertility treatment.

During IVF the woman is monitored with ultrasound equipment to find out when one of the ovary sacs will burst open.  As the time approaches, a fine needle is passed through the wall of the abdomen to suck out some of the ripe eggs, which are then mixed with the partner’s sperm.  Once fertilisation has taken place, the eggs are put directly into the womb.

GIFT stands for Gamete Intra-Fallopian Transfer, and means that the gametes (the sperm and egg) are put back into the womb at an earlier stage than in ordinary IVF treatment.  They are usually flushed into the Fallopian tubes where fertilisation may be more likely to take place because of the more natural environment.