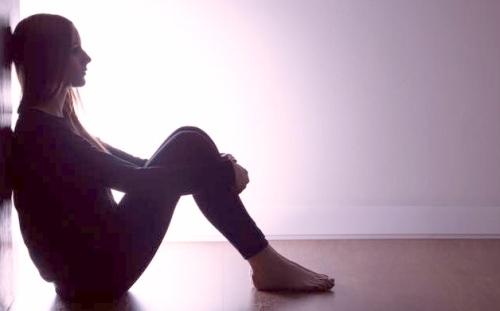 Why isn't endometriosis featured in headline news articles? This blighter of women's lives is not some obscure or insignificant condition – far from it. Rather, this painful and debilitating condition which is a major cause of infertility in women, afflicts some 2 million women in the UK and 5-10 million in the US!

There is nothing pleasant about endometriosis, its cause is not totally understood, and it never behaves predictably. Furthermore, the current conventional diagnostic and treatment options (surgical and hormonal) place some 1 in 15 women of reproductive age upon a treadmill of surgical and hormonal regimes from which there is no certain escape from the pain, the fairly horrific side-effects and the infertility.

Even the ultimate option (menopause or hysterectomy) doesn't always provide relief. How is it then that endometriosis, which has dramatically increased over the past 25 years has escaped the notoriety it most certainly deserves?

The tissue lining the uterus is called the endometrium. Within the uterus, this tissue is under monthly cyclic hormonal control, where it alternatively swells, engorges and finally sheds its lining, during the various stages of the menstrual cycle.

Endometriosis occurs when tissue that is similar to the lining of the womb called the endometrium, are found in the abdominal cavity (ovaries, fallopian tubes, bladder, bowel) where it responds to these same hormonal signals; however, because there is no exit from the pelvis, these lesions or cysts proliferate and accumulate throughout these various pelvic sites, forming adhesions and scar tissue, resulting in inflammation, pelvic pain, dysmenorrhea (painful menstruation), infertility and other complications. The main symptoms include:

Painful periods – dysmenorrhea; in some instances, the pain and menstrual cramps can be severely incapacitating

Pain during intercourse – dyspareunia; this depends upon the extent and sites of endometrial lesions and adhesions and can be mitigated by changes in position during lovemaking. In many instances the pain is so severe as to preclude sexual relations prior to menstruation;

Pain during bowel movements - this again depends upon the involvement of the bowel with adhesions and scar tissue;

Difficulty in conceiving and carrying a child – infertility; this arises due to adhesions and scar tissue which often cover and envelope the ovaries and fallopian tubes, preventing the entrance passage of the egg into and through the fallopian tubes.

Because there are such wide variations between individual women with this condition, the only reliable way to diagnose endometriosis is via laparoscopy, which is the surgical insertion of a fibreoptic viewing instrument into the abdomen near the navel, which enables the direct observation of endometrial cysts.

The lesions take on a variety of forms, ranging from red to brown, black, white, yellow or clear, pink or red. New lesions, which are engorged with blood, are brown in colour, which has given rise to the name, chocolate cysts.

Endometriosis has been observed within every organ of the body, with the exception of the spleen. However, the main sites are the ovaries, fallopian tubes, bladder, bowel, appendix, peritoneum (back of abdominal cavity) and the cul-de-sac (under and behind the uterus).

Endometriosis is probably of multi-factorial causation. There are several postulated mechanisms, which probably all contribute to the condition:

Menstrual fluid and endometrial cells flow backward out through the fallopian tubes and migrate into areas within the pelvic cavity;

An auto-immune deficiency, where the body is unable to reject and destroy menstrual fluid and tissue outside the uterus.

Much research is currently focused upon this angle and there have been discoveries of anti-endometrial antibodies in peritoneal fluid, defects in natural killer cells, as well as activated peritoneal macrophages which are more aggressive than normal macrophages and which secrete prostaglandins, cytokines and growth factors, which stimulate a fibrotic reaction which protects the endometriotic implants. In addition to all of the above, there appears to be hereditary factors at work, given that women with first- and second-degree relatives with endometriosis are at increased risk.

Depending upon the severity of the disease, the age of the woman and her childbearing wishes, conventional medical treatment usually involves combinations of surgical treatments, using laparoscopic laser tools to cut away lesions and free organs, and hormone treatments with the aim of shrinking the endometrial implants. The idea is to suppress ovulation, to oppose estrogen, resulting in a state of amenorrhea (absence of menstruation). The current arsenal of hormonal treatments used include:

Danazol, an anabolic steroid derivative of testosterone, which binds to androgen and progesterone receptors, resulting in amenorrhea and inhibition of ovulation. Unfortunately, the awful side effects which affect some 80- 90% of women – growth of facial hair, deepening of voice, mood swings, weight gain, migraine headaches, to name but a few – make this drug very difficult to tolerate;

Due to the severity of side effects, it is widely recognised that these are short-term (6-9 month) treatment options. And the most discouraging fact of all is that endometriosis relentlessly recurs, even after surgery and cessation of hormone treatment – sometimes within months or even weeks of treatment! The only end in sight is menopause, or complete hysterectomy; however, even this has not always produced the desired cure.

For practitioners within the wide umbrella of "complementary" or "naturopathic" health care disciplines, there would appear to be numerous approaches which attempt to normalise and regulate the female hormonal cycle. The following are suggested merely as ideas for clinical approaches – practices which have already been clinically validated ought to be published, so that they could contribute to the research literature in this field:

Nutrition – the use of phytoestrogens in diet to oppose estrogens; and the ingestion of natural progesterone’s such as found in wild yam;

Herbal – the use of herbs such as chasteberry and black cohosh, which normalise estrogen and progesterone activity;

Traditional Chinese Medicine – which has years of experience in using acupuncture and herbs to treat all manner of gynaecological disorders;

The issues integral to endometriosis surpass the merely clinical findings. Its increased incidence to arguably epidemic proportions may be bound up with the presence in the environment of xenobiotics such as dioxins, which act as estrogens, and which also have been implicated in the increased rate of breast and prostate cancers, and the decline in male sperm count by some 50%.

Endometriosis doesn't only affect one in seven women of reproductive age – it affects their partners, families and their children. Finding safe and effective treatments and hopefully a cure will do much to alleviate the pain, misery and suffering of countless women and their loved ones.