What is the cause of endometriosis!

There is great speculation and many theories as to the cause of endometriosis, but as yet no-one really knows why the disease develops. 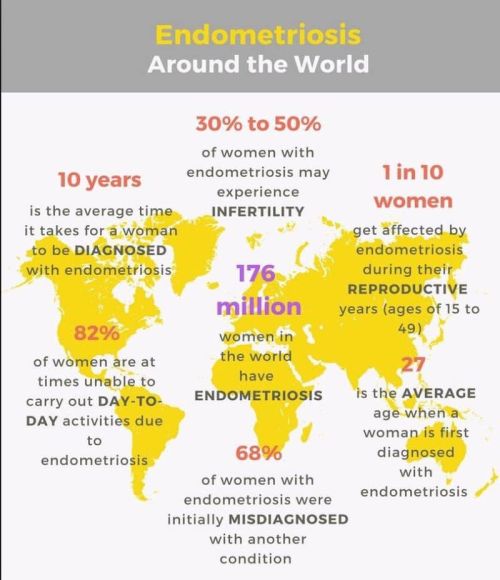 These are the most popular theories to the cause of endometriosis

Some researchers feel that endometriosis could be triggered by genetics. The idea behind this theory that the cells that develop in the fetus are displaced. These cells then begin to grow during puberty. It appears that those women with a close relative with endometriosis are up to nine times more likely to develop the disease and this would explain why endometriosis tends to run in families.

This is a very popular theory for the progression of endometriosis. Many women, not just those who have endometriosis, are oestrogen dominant today. This is caused by the excess oestrogen in the environment which is found in the food chain and by xeno-oestrogens found in chemicals.

Another strong factor for the increase of oestrogen in the environment is through the increased use of the birth control pill (BCP).

When women are on the BCP they are ingesting hormones into their system including oestrogen. Not all these hormones stay in the body and are excreted in urine.

This then goes into the water treatment systems and in turn is then re-distributed back into the domestic water system. This includes drinking water, and even though it is purified, there will still be trace amounts of oestrogen that are unfiltered.

It is not possible to remove all chemicals and toxins during the purification process. This excess of oestrogen in the environment is thought to encourage the development of endometriosis.

This is one of the ideas behind the development of cancer cells developing. The metaplasia theory suggests that the cells in the body can change structure and function to become endometrial cells when they are influenced by certain conditions.

For example, metaplasia can be triggered by puberty and the surge of oestrogen or by being exposed to xeno-estrogens.

This theory is the one that is supported the most by the clinical profession. It was a concept proposed by Dr Sampson more than 90 years ago. Dr Sampson, a gynaecologist, studied the disease systematically and in 1921 proposed that endometriosis was a result of 'retrograde menstruation'.

This is also know as 'transplantation theory', which proposes that endometriosis is due to endometrial tissue abnormally flowing up the fallopian tubes in the blood and into the abdomen.

The use of tampons has been linked to this theory as they can interfere with the natural flow of blood from the body.

The preference these days to delay motherhood could be one cause for the progression of endometriosis and the increase in the numbers of women who develop the disease.

Hormones produced during pregnancy and breast-feeding have a protective effect on the womb and temporarily stop menstruation. This in turn reduces the frequency of periods in a woman's body.

If childbearing is delayed, plus the combination of puberty starting earlier and earlier in many girls these days, this leads to the frequency of menstruation  increasing.

The immune system sees endometriosis as a threat to the body and reacts by stimulating an inflammatory reaction as a means of protection. This is the same reaction you would see if you were stung, damaged yourself by injury, or your body was reacting to a local infection.

Because endometriosis is ever present, then the body thinks it is continuously 'under attack' and the immune system can become overworked and weakened.

So there are various theories to the cause of endometriosis. Each one appears plausible, but as this disease is such a mystery then it could be that no one particular cause is to blame. It could be a combination of factors in a woman's body and her environment that have lead to her developing the disease.

For successful treatment to take place then all the factors in a woman's life need to be addressed to help combat endometriosis, and not to just look at one issue like high levels of oestrogen or having a close relative that has suffered the disease.