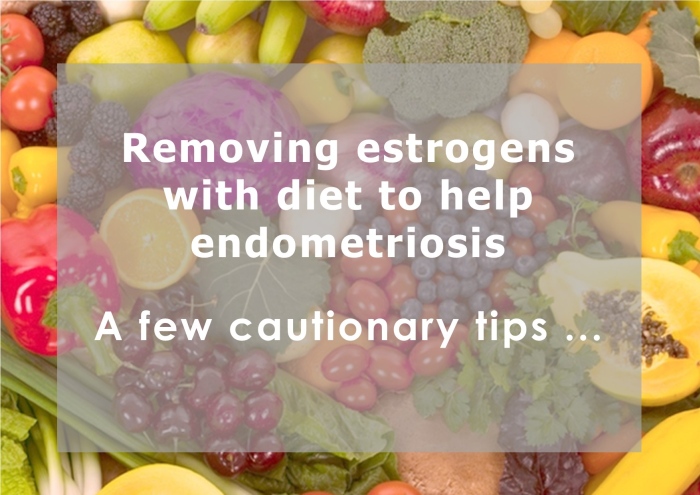 You will find a lot of advice about using certain vegetables to help remove estrogens from your body, but not all vegetables are gut friendly especially for those with endometriosis.

Cruciferous veggies are known to help remove estrogen including:

Unfortunately, some of you may have a bad reaction to some of these foods with bloating, gas and abdominal pain.  The worse culprits tend to be cabbage and brussels sprouts - sprouts are a classic for causing wind!!! This is probably caused by the high levels of cellulose contained in these veggies which makes them harder to digest.

Other foods that contain cellulose include certain grains, beans and fruit skins, each with differing levels of cellulose.

Cellulose is an insoluble fibre which will make it harder to breakdown and digest. The human body does not produce enzymes that are necessary to digest cellulose.  When you consume cellulose, it passes through your stomach and small intestine undigested, and is eventually broken down by bacteria in the large intestine. They produce gases as a by-product of cellulose digestion, which is why high-fibre foods can sometimes cause bloating and abdominal discomfort.

A similar problem can occur with other foods even though they do not contain such high levels of cellulose, but when eaten raw still cause digestive problems.  For example, eating chopped bell peppers raw in a salad can cause problems, but when they are cooked, as in casseroles, the cellulose is broken down during cooking, making them much easier to digest.

I had a similar reaction to certain raw foods, but when they were cooked, I was able to eat them without problems.  The foods that caused the biggest problem for me were raw celery, raw bell peppers, raw onion, cooked cabbage and brussels sprouts and the beans used in baked beans. Oh, I nearly forgot sweetcorn – how many of us have see the end result of undigested sweetcorn later on ….TMI.

I advise you to monitor which high cellulose vegetables cause you problems and you clearly need to remove them from your diet. The last thing you want is to cause gut distress just because you are trying to remove estrogen.  There are other ways to remove estrogens with specific supplements as well as reduce your exposure to external estrogens.