Autoimmune Disease - is Endometriosis one of them 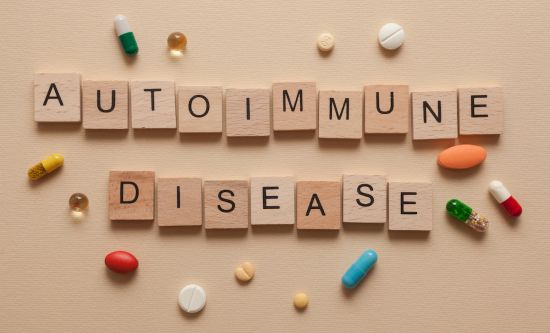 There has been much speculation as to whether Endometriosis is an autoimmune disease, so lets look briefly at the different ways the immune system can be impaired or fail.

Different disease of the immune system

Many of you will have heard of the term 'autoimmune disease', but what exactly are they?

This generic term is partly self explanatory, as this group of diseases links to a malfunction of the immune system. Today this term now refers to more than 80 different illnesses. This includes diseases involving the endocrine system, the digestive system, the nervous system as well as disease that relate to the skin and other connective tissue in the body.

The underlying problem with all these disease is very similar, and the immune system is not working correctly to help protect the body. It is actually 'turning on the body' and is attacking certain bodily stems that it was meant to protect.

Overall, this group of disease affect millions of people, but as there are so many different 'types' of autoimmune diseases, then individually they are relatively rare across the population.

Women are the most affected

It is not know why, but over 75% of these diseases occur in women, so there could be a link to the hormone system. The thinking behind this is that many of these disease are more frequent during the time a woman is actively reproductive (i.e. during her fertile menstrual years).

Some autoimmune diseases become more frequent after menopause, and others are affected by hormone changes during pregnancy.

If looking at statistics, then this group of disease can also have a link to genetics as it can so easily run in families. They may not be exactly the same disease, but a related disease can occur from one family member to another; for example a weakness in the reproductive system throwing up different but similar disease issues.

Research is also looking very closely at links between autoimmune diseases and environmental factors like pollution from industry. There can very often be clusters of illness in geographic areas surrounding heavy industry, polluted water systems and rivers, nuclear plants and so.

Autoimmune reactions can be triggered in several ways:

What is an immune deficiency disease?

There are two types of Immune Deficiency Disease - Primary and Secondary.

Primary immune deficiency diseases are disorders in which part of the body's immune system is missing or does not function properly. They are caused by intrinsic or genetic defects in the immune system. 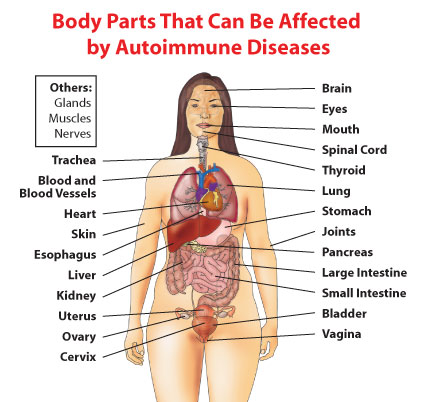 Looking at the information above, it is difficult to determine whether Endometriosis is an Autoimmune disease or a Secondary Immune Deficiency disease.

These two malfunctions of the immune system appear to have very similar traits - the immune system is impaired or compromised over time. With Primary Immune Deficiency disease, this is a situation in which the individual is born with the problem and is commonly inherited.

Is Endometriosis a condition where the immune system is attacking the self! It seems true that an autoimmune reaction is taking place, when particles of the body are found in areas where they should not be i.e. the endometrium.

But in the case of Endometriosis, the immune system should be attacking those stray cells, but it is not clearing up the stray cells completely. It is left unchecked, which is why they go on to develop into Endometriosis.

In women who do not have Endometriosis, but who do have stray endometrial cells in the pelvic cavity, these stray cells are cleaned up by the immune system.

Also, a very high percentage of women do have retrograde menstruation which will contain endometrial cells, but because their immune system is functioning properly, then this debris is destroyed.

Weighing up the facts:

It seems logical to consider that Endometriosis is a Secondary Immune Deficiency disease, which is triggered by outside factors like toxins, dioxins and excess oestrogen's in the body. It is doubtful  we will ever find out which one of these is the culprit, and maybe its due to a cocktail of things that is compromising the immune system.

Considering so many women with Endometriosis suffer from other serious health problems in tandem with their endometriosis, then it seems plausible to assume that a compromised immune system is the root cause.

This is a very difficult subject to gets to grips with as the immune system is such a complex system, and when it goes wrong the processes seem just as complicated. There is plenty of information to be found about Autoimmune diseases, but little in the way of hard facts about Immune Deficiency diseases. They are obviously different, but the end results seem very similar.

There is a great article describing fully how your immune system works and how it helps you to heal your body, which you will find HERE