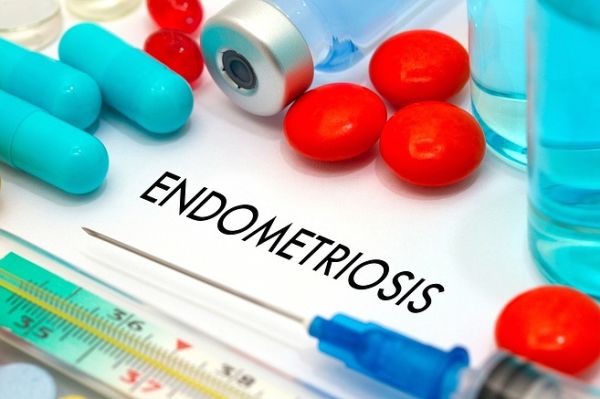 There are various over-the-counter pain relief drugs that can be used for endometriosis.  In some case prescription drugs may be required if the pain is very severe.

There are also a number of non-steroid anti-inflammatory drugs (NSAIDs) used to help relieve pain.  Narcotic pain-killers such as codeine, and morphine, as well as narcotics combined with other pain relief drugs may also be prescribed.

Women with endometriosis do not find the over-the-counter drugs very effective, especially as they seem to be less effective over time.  It is not advised to take stronger painkillers, (as prescribed by your doctor) for too long as they can become addictive.

It may be advisable to switch between different strengths of pain killers to suit different levels of pain. For instance, reserve the very strong ones when your pain is worse with your periods.

What are the Side Effects of Pain Killers

All painkillers can irritate the stomach-lining, cause nausea and vomiting and in some cases lead to coughing up blood.  Quite often they cause constipation or diarrhoea.

Over the Counter Painkillers

Paracetamol - this acts as a painkiller but it does not have anti-inflammatory properties.  It is probably the easiest painkiller to take and has fewer side-effects than other analgesics (medical term for painkillers).  However, paracetamol may be less effective for more mild pain.

Aspirin - reduces inflammation and fever, but can cause stomach irritation so should not be taken with food or milk.  It is good for mild to moderate pain.

Ibuprofen - another popular anti-inflammatory.  Ibuprofen has a mild painkilling effect but it can also irritate the stomach.

NSAIDs are a class of drugs which are designed to relieve pain as well as reduce inflammation. These drugs may vary in degrees of analgesic versus anti-inflammatory activity. This means that one drug may have a great deal of anti-inflammatory properties but little in the way of pain reduction help; whereas another drug may primarily be a painkiller with little ability to reduce inflammation. They can be bought over-the-counter, though some stronger versions are only available on prescription.

NSAIDs stands for ‘Non-steroidal anti-inflammatory drug’, and are available under various trade names.  As well as having some painkilling action they also work by inhibiting the production of prostaglandins in the body.

Prostaglandins are chemicals made by body tissues; they send messages to the womb causing it to shrink, and also cause the womb-walls to contract during periods or childbirth.  They are also part of the body’s natural healing mechanism, as they go to the sites of injury and activate its pain receptors, causing inflammation.  It is thought endometriosis sufferers have extra prostaglandins because these can be produced by endometriosis tissue.

The idea behind NSAIDs is that if you introduce drugs which block prostaglandins, you will suffer less pain.  They work best if they are taken early in the pain-cycle.  For instance, if you know you usually experience pain on Day 21 of your cycle, it is a good idea to start taking them the previous day.

Mild to moderate strength - co-analgesics, which are a mixture of codeine and paracetamol.

Strongest - opiates or opoids, such as morphine and pethidine.  These are only prescribed for severe pain and are not suitable for long-term use as you can become dependent quickly, even at low doses.