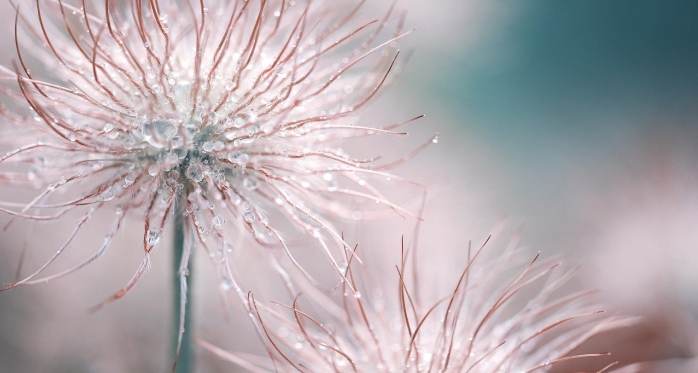 This is Lyn’s story of how she had severe endometriosis which had wrapped round her intestines and following surgery she went to see an alternative practitioner who put her on a strict diet to detox and repair her body.  She eventually recovered her health and went into remission with her endometriosis.

I am a pharmacist, so when I first got endometriosis, I tried the "U.S. Medical approach". Or shall I say it choose me. I first had a fibroid and was put on the worst drug ever-Syneral which causes you to go into menopause. I later found out that this drug makes your hormones go way over at first because they are all released and this probably caused the endometriosis.

However, my doctor would not remove the fibroid without the Syneral--she said it made it easier for her to remove the fibroid. About three months later I was sitting with a doctor friend eating dinner and he said "I looked green".

I vomited all night and finally took myself to the hospital to find out endometriosis had wrapped itself around my intestine and part of my intestine would have to be removed because it was blocking my food going through.

Then after I went on birth control pills every day, after I gained 40 lbs and became depressed--I did not know what to do. Unfortunately (or fortunately for me) my mom had developed ovarian cancer and we decided to go to an alternative doctor who had "cured my cousins’ cancer". At that meeting the doctor said with my medical history I should also go on the approach.

Unfortunately, my mother chose to not do it and pass on. The doctor had me on a strict diet of mostly raw fruits and vegetables with some brown rice and baked potatoes. I did eat organic butter. I also took herbs to build up my adrenal glands and clean my lymphatic system.

I cut out almost all meat, with the only meat being organic maybe 1 time a month. I think eating all the chicken, and learning about all the hormones they put in the meat, along with all the stress I was under caused the disease.

I lost 25 lbs, and have not had endometriosis or anything for 3 years. I am 47 and still have my periods on a regular basis. I feel great and blessed that this alternative doctor came into my life.

Diagnosed with infertility issues along with endometriosis

Another success story, by changing her diet to include plenty of vegetables, gentle exercise and yoga, Corine is now healthy and pain free.  This is great news especially as endometriosis had glued her organs together and included extensive scarring.

Excision surgery vs Change in Life style: Folks, I never thought I could have endometriosis. From 2016 we have been trying to conceive. That time I was 30 years old. I never had bad pain from periods, neither did I have heavy flow nor any pain during intercourse. I saw an OBGYN then. She did a series of blood work and found nothing.

I saw again another OBGYN and she suggested me to chart ovulation and try, but nothing worked. I was getting very frustrated. With very regular normal period, I should not have any problem. I got my husband checked also. He had good sperm count.

In 2017 September, during the middle of the night I had severe pain in my lower abdomen. I felt as though my abdomen is going to burst. I asked my doctor and she suggested it could be pain due to ovulation. After that I continued to have moderate to high pain in my left side in the first half of my period.

In the meanwhile, I got my tubes checked by a doctor, he said they are open and the left ovary is slightly kinked suggesting endometriosis. I ignored him and kept on ttc. In Dec we did IUI and it failed. I was so desperate and lost. In middle of 2018 I saw an RE. He said I have endometriosis in my left ovary and wanted to remove it. I was almost devastated.

However, in a laparoscopy, he said the left ovary is badly glued to the bowel, so could not do anything and suggested a bowel re-section as well by an oncologist. I was extremely terrified then. Infertility and on the top of it all these problems. In November I went to an excision specialist in Atlanta (CEC), expecting them to solve my problem. They promised me that too. It was out of my insurance network, so I ended up paying out of my pocket which was a huge sum for me.

They removed my left ovary and said I had extensive scarring and retroperitoneal fibrosis. Meanwhile I was always having dull ache on my left side (towards back) and it was intolerable. He said that was due to retroperitoneal fibrosis. He said he removed all the scar tissue and I should have no pain. But my pain returned on 6th day of my surgery from fibrosis. Followed by burning pain on my right side. I never had any pain in my right side before. The pain would radiate to my legs as well.

After surgery my period was getting worse every cycle. With just my right functional ovary, I was totally insane with this pain. When I called the doctor’s office, they said it may be due to persistent endometriosis (endo that was not removed) and if I want, I can have another surgery with them. I refused it, not to mention the amount of money I would again need to spend. Finally, I switched back to diet, Yoga, meditation and exercise regimen. Now I am pain free and during my periods I have bright red blood (Earlier it used to be brown and with lots of clots). I don't take pain killers anymore during period.

I walk 3-4 kms a day followed by Yoga for about 40 minutes. My yoga includes: sun salutation, head stand, shoulder stand, bridge pose, triangle pose, tree pose to name a few. I also do meditation and pranayam for another 10 minutes. Now I am completely healthy and pain free. I am waiting for another event in my life, i.e; to have a baby. Please wish me luck that I achieve this sooner. Best of luck to all and I will pray for you all.